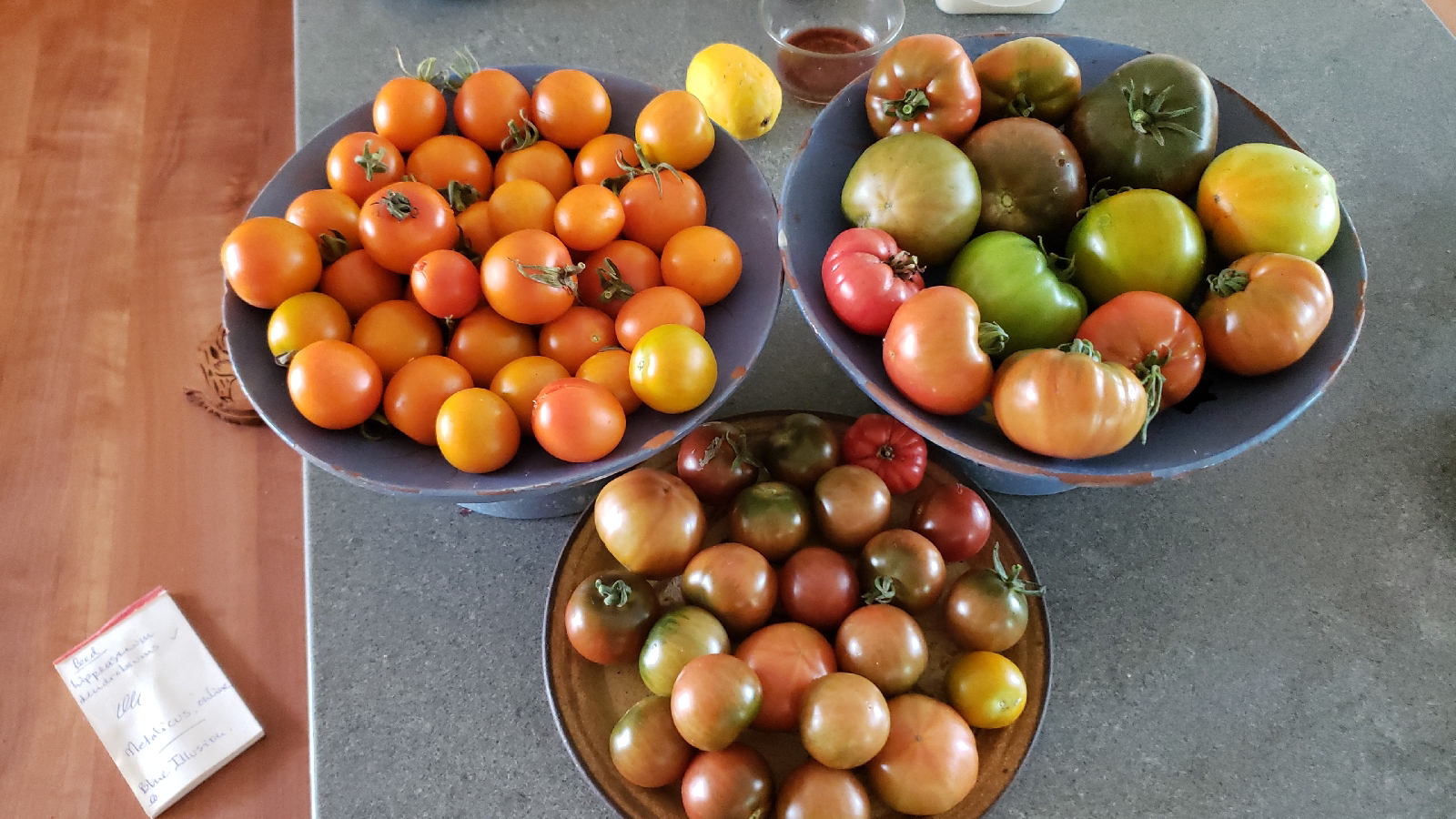 Summer has drifted in and out, the wind has howled and abated, rain has pelted down, then evaporated and our tomatoes are slowly ripening. Interestingly, my tomato plants are much taller than ever before, and the first tomatoes to ripen, quite early on, were the big, luscious Black from Tula. The most productive this year has been Jaune Flamme, which I only decided to grow at the last minute. It just goes to show that it is worth planting a diverse range of tomatoes and everything else.

Autumn is an excellent time for taking cuttings. Cuttings in autumn can be semi hardwood or hardwood, but not the floppy, green, very new growth and not something that is in flower. Autumn cuttings are usually of evergreen plants. Generally, only take cuttings of deciduous plants when they have lost their leaves (in winter).

Cut with clean secateurs just under some leaves, remove all the leaves from at least 2 growing nodes above the cut. Reduce the number of leaves on the rest of the stem, all the way to the top. Slip the cutting into the soil (pot or ground) and water thoroughly. I don’t bother with hormone powder or anything.

I asked a couple of my gardenin friends how they prefer to strike their cuttings.

Sally’s beautiful garden is grown almost entirely from cuttings. Sally is a no-nonsense gardener and her plants must not be too fussy! She chooses a spot in the ground that is damp, sheltered from wind and all but a little easterly sun. The soil is friable, but not fertilised. Into that go all her cuttings and there they stay until they shoot new leaves. Then they are transplanted to their garden site. She rarely uses pots at all.

Nick prefers to put his cuttings into medium size pots, 10 cuttings to a pot. The mix he uses varies according to the difficulty of getting the cuttings to strike. Azaleas are tricky, geraniums are easy. Generally it contains something water holding like coconut fibre, something that drains, like sharp sand, plus some basic potting mix. They are kept somewhere near the back door, out of wind and sun, so they can be kept damp and cared for.

I generally take cuttings only when I am pruning. I have a bucket of water near me and nestle them in there while I complete the pruning. Oh dear…. sometimes they stay in that bucket, or in a jar in the kitchen for a couple of weeks. Ideally, I would remove them from the water on the same day I cut them and put them in pots, similar to Nick’s method. However, I usually poke a few taller bamboo sticks in the pot and, after watering well, I cover the whole thing with a plastic bag, with a rubber band around the pot to hold it on. I am likely to ignore them for at least a couple of months then I check to see how they are going and replace the bag again until they shoot new leaves. Then I remove the bag, leave them a little longer before transplanting to individual pots. 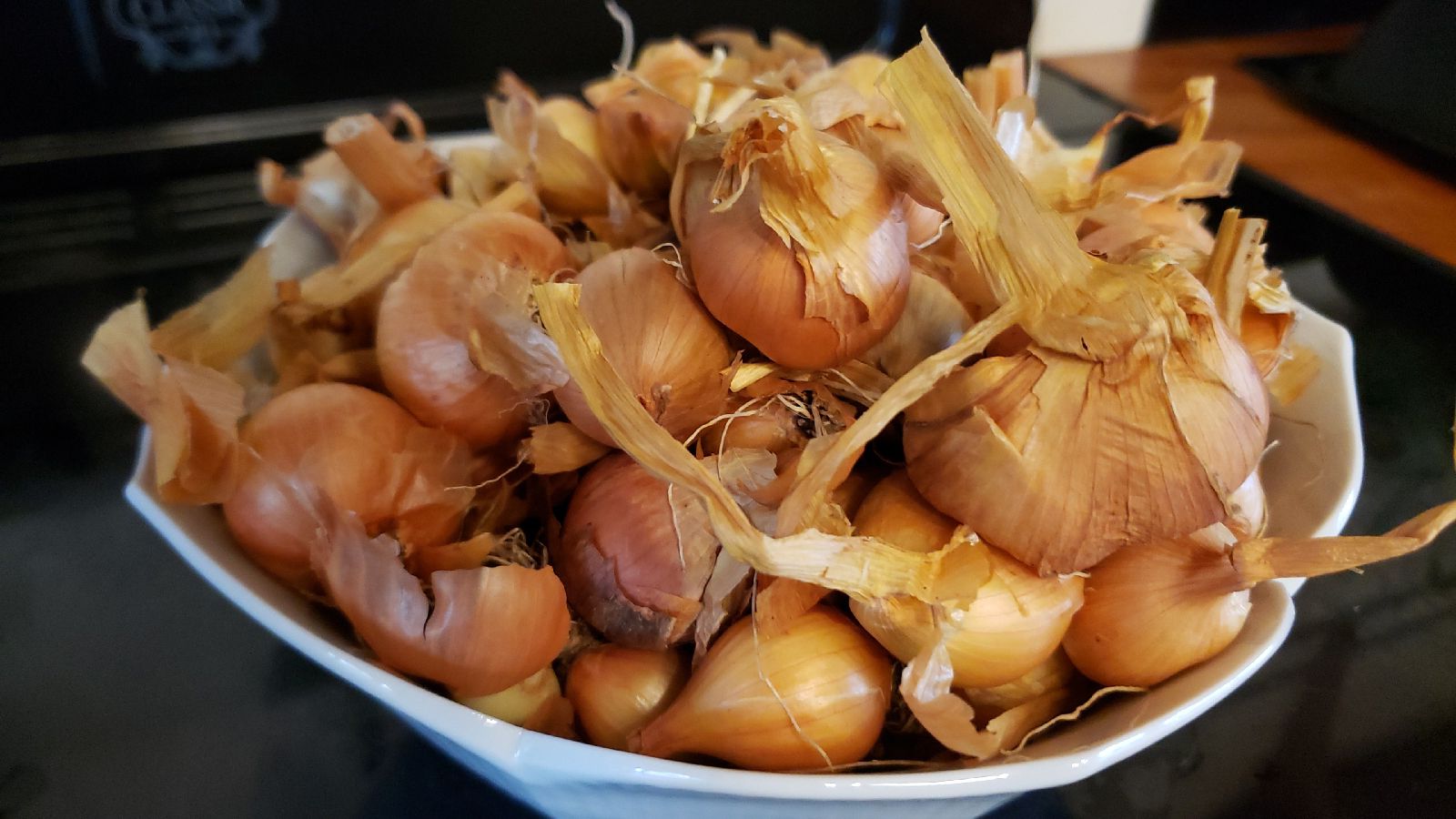 Onions, garlic, shallots, potato onions, walking onions, leeks, elephant garlic, chives and garlic chives are all alliums and have been grown for thousands of years, in many parts of the world. Alliums all have day length requirements, some preferring shortening days, some lengthening days, some a little more flexible. In autumn we sow and plant those that prefer or will tolerate shortening days to get them started, then lengthening days to finish off (towards next summer). These include garlic, shallots, potato onions, elephant garlic and walking onions. I have talked about growing garlic previously, in many of these garden guides so now it is the turn for the other alliums that suitable to plant now.

I went to the Koonya Garlic Festival last time it was on and heard an excellent talk by Tino, all about alliums and got totally enthused. So, last autumn I planted potato onions that I got from a friend. It was a roaring success. Each one produced 10 or more small onions, up to 20! They shot quickly, grew strong stems all winter then bulbed up during spring but took ages to dry off, which is when they are ready to harvest. I harvested in January. They are great for pickling or throwing in a baking dish or stew. I spoke to Tino at the Spring Bay Sunflower Festival in Feb. and he said you can plant the potato onions in spring too, to save on garden space….. but I am going to plant them in autumn again because it was so successful.

Steve Solomon suggests, in his book “Growing Vegetables South of Australia” putting shallots (and late garlic varieties) in the fridge for a month, starting early to mid March, before planting out in April, as this breaks their dormancy so readying them into faster sprouting once planted out and gives them plenty of shortening days to grow a good set of leaves before they start bulbing up in spring. I am going to do this for my potato onions because I harvested so late.

Give all alliums a friable, fertile soil with good drainage, adding lime, if necessary, to about neutral or slightly alkaline, but definitely not acidic. Peter Cundall uses fire ash in place of lime and digs in old sheep manure and biochar.

Look for potato onions, elephant garlic and other alliums at markets plus online and our Crop Swap Cygnet and Surrounds facebook page. 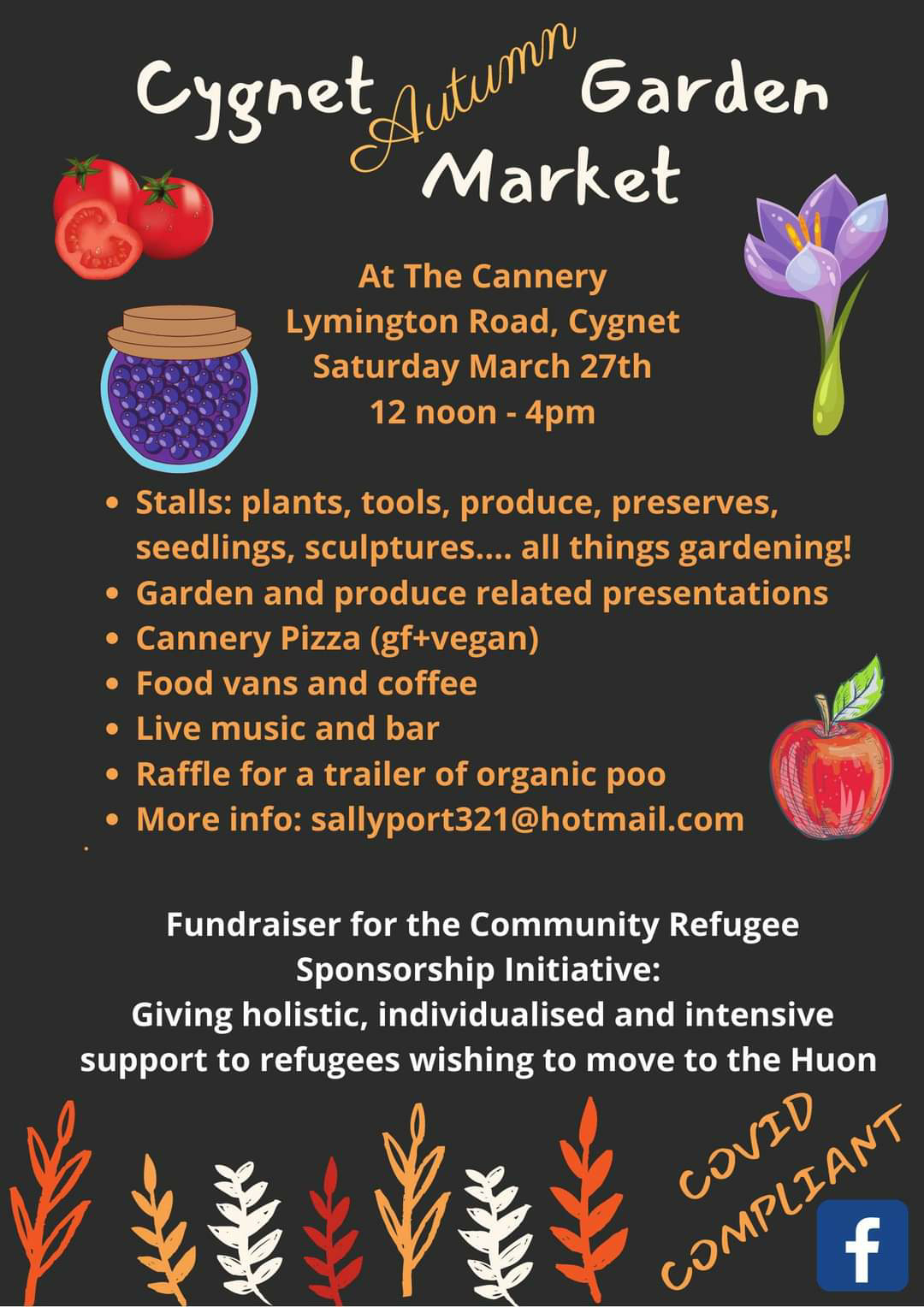